Mob: Descendant of the Ngarrindjerri and Worimi People

Born in Taree, regional New South Wales, and having spent the majority of his life in Newcastle, New South Wales, Leroy is a young Aboriginal leader that has a passion for innovation and positive change.

Leroy started his leadership journey with the AES as a high-performing AES school based trainee with the Commonwealth Bank in 2006. Upon graduating from his traineeship, CBA acknowledged his talent by offering him a career at CBA. Within five years at one of Australia’s leading banks, Leroy made a career change led by his heart to work directly with Aboriginal and Torres Strait Islander communities to empower Aboriginal and Torres Strait Islander people through employment. He rejoined the AES in 2014.

Leroy is a dynamic part of the AES senior leadership team and brings a fresh perspective on our national strategies, and high-energy to our team dynamics.

Today, Leroy heads the People and Culture function of the AES to ensure we practice what we preach internally in providing a career opportunity to every Indigenous Australian and in supporting a strong and skilled workforce for employers nationally.

“I am driven and motivated to continue to work for positive, real social change for Aboriginal people and communities. We change the world every day when we work together and refuse to quit”. 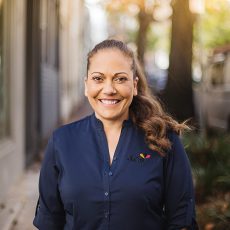 Loretta is an experienced manager having worked for more than 10 years’ in senior management, business administration and in finance/accounts.
She was born in Dubbo NSW, moved to Sydney with her family at the age of 3 and currently living in Sydney her husband and daughter.

Loretta has been an invaluable member of the AES Senior Leadership Team for a number of years, and started her professional journey at the AES as the Regional Manager for both the Redfern and Campbelltown Regional Offices.

She brings a highly sought-after set of skills in systems development and review, and a talent in project management.

Sydney born and raised, Greg has extensive experience in both Financial and Management Accounting within a variety of industries, ranging from a Residential Housing Company, an Overseas Construction Company to an International Marketing Company.

Greg has been an integral part of the AES senior leadership team for more than 8 years as the Manager of Corporate Services and AES staff financial mentor.

“My greatest professional achievement, is working for this sensational organization, working closely with community, finding careers for all Indigenous Australians.

My contribution, even though small and humble, still makes a difference to improving the quality of many lives.”

Greg is the father of one son. 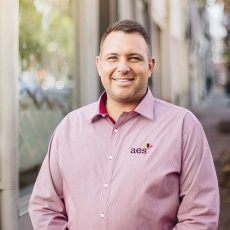 Born in Newtown and raised in Western Sydney, Rohan has a passion for social enterprises and has a solid professional track record in a diverse range of industries such as Construction, Unions and Trades at all levels including former General Manager and Head of Enterprises at the NCIE, Sydney.

“My role with the AES is very rewarding – being able to build enterprises and employment vehicles that generate meaningful employment that creates wealth in Aboriginal families and creates a sense of self-worth.
I know all too well how important this is for our people.”

Rohan established the first intensive pre-employment programs at the AES in numerous industries that have been described as transformational and life changing. 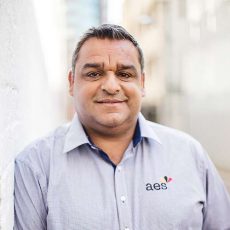 Mob: Proud descendant of both the Kamilaroi (mother’s side) and Widjuri (father’s side) people.
Diploma in Management

Jason has 15 years’ experience in the employment and education sector, including extensive experience in working in partnership with Aboriginal communities.

Jason has previously been a board member of the Walhallow Aboriginal Corporation which has responsibilities in the areas of health, CDEP and housing projects. Jason also sits on and has involvement in a number of committees including Headspace – Tamworth, Northern Region Aboriginal Alliance, Greater Northern Skills Development Group, Tamworth Opportunity Hub, New England Region Training Awards and Northern Region Aboriginal Economic Development Committee.

Jason is currently the Senior Manager of AES’ Centre of Excellence and has led a major change strategy across the company in enhancing quality service provision and promoting excellence in management and administration.

Jason is a proud family man being married to wife Anna (also a proud Aboriginal woman) and father to son Steven. Jason has grown up in and around the Caroona and Werris Creek area in the North Western region of NSW.

“I am passionate about improving the lives of all Aboriginal and Torres Strait Islander people through employment and education opportunities”.